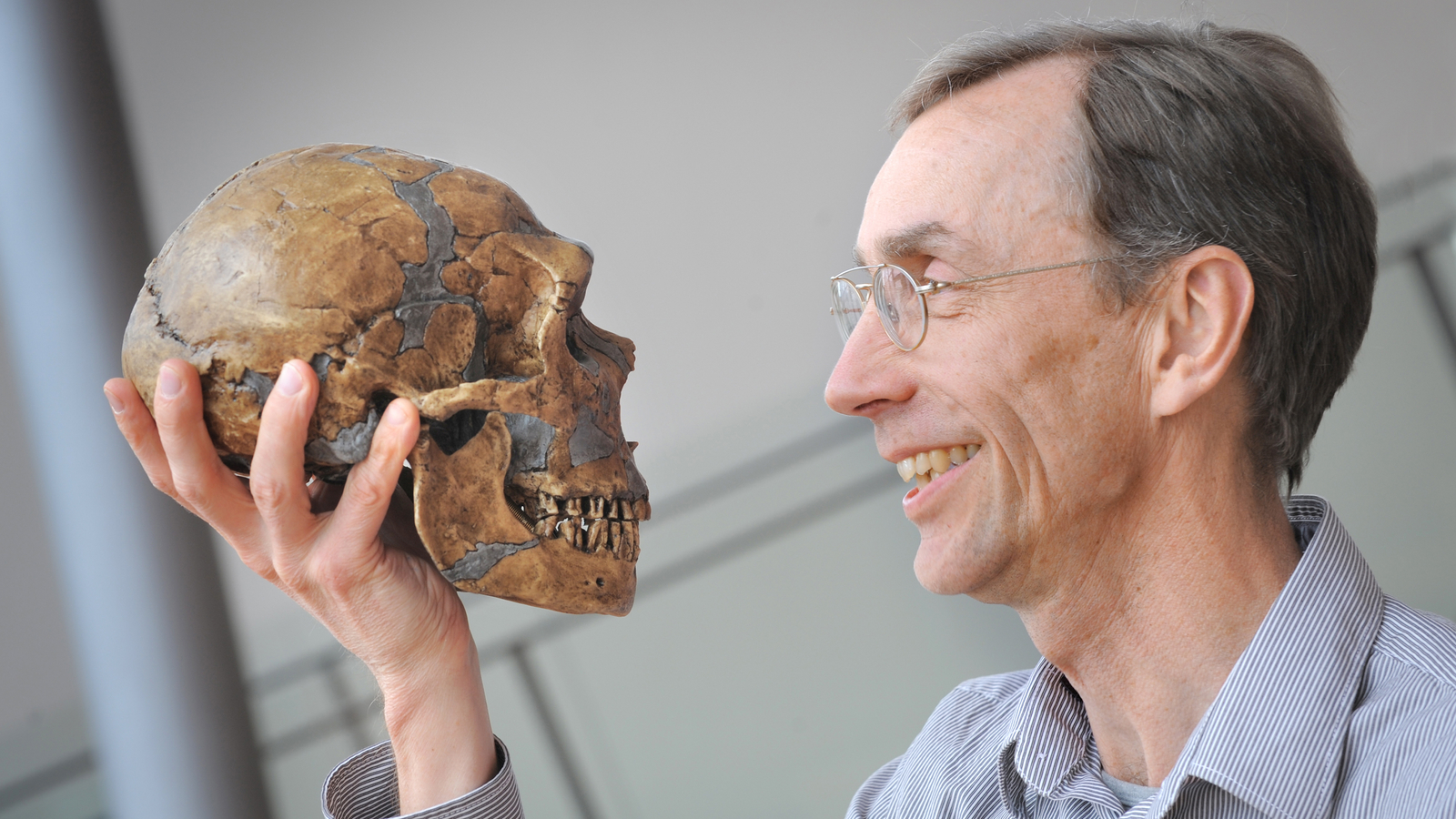 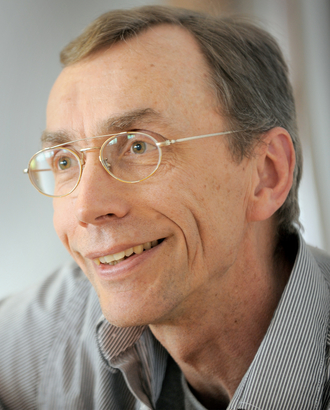 From bone fragments thousands of years old, you show us what has endured—and what has been lost—from ancient times to the present day. Applying the latest science to age-old questions, you have revealed secrets about the prehistoric world, discovered previously unknown species, and invented a new field of study. Passionate scientist, for opening a window onto our ancestors and ourselves, Yale is privileged to confer on you this Doctor of Science degree.

SVANTE PAABO, a pathbreaking evolutionary geneticist, is one of the founders of the field of paleogenetics: he developed methods for determining the DNA sequences from archaeological and paleontological remains, paving the way for the study of ancient DNA from extinct organisms. By examining DNA sequences from a small Siberian bone, he discovered the existence of Denisovans, a previously unknown group of hominins in Asia. Currently a director at the Max-Planck Institute for Evolutionary Anthropology in Leipzig, Germany, he is considered a world authority on ancient DNA.

Pääbo was born in Stockholm, Sweden, the son of chemist Karin Pääbo and biochemist Sune Bergström. Bergström, his father, was a winner of the Nobel Prize in Medicine in 1982. As a student at the University of Uppsala, Pääbo explored fields as diverse as the history of science, Egyptology, and Russian before pursuing medical study and ultimately completing his Ph.D., in cell research, in 1986. It was during his doctoral studies that he first demonstrated that surviving DNA could be found in ancient Egyptian mummies. He then carried out postdoctoral work at the University of Zürich; the Imperial Cancer Research Fund, in London; and the University of California, Berkeley, before joining the faculty of the University of Munich in 1990.

“Follow your interests! When you do that, you will enjoy your work, and you will tend to be good at what you do.”

An eminent scientist whose research bridges genetics, evolutionary biology, and paleontology, Pääbo has dramatically shaped our understanding of what it means to be human. In 2004, he began adapting high-throughput sequencing techniques to address the challenges of ancient DNA, thus making it possible to analyze entire genomes from extinct organisms. The following year he began a project to sequence the entire Neanderthal genome, allowing for the reconstruction of the recent evolutionary history of our species and the realization that Neanderthals contributed DNA to present-day humans. Pääbo’s methods have sparked an “ancient DNA revolution” in which thousands of genomes of ancient humans, animals, pathogens, and other organisms have been studied. He also works on the comparative and functional genomics of humans and apes, particularly the evolution of genetic features that may underlie aspects of traits specific to humans.

Pääbo’s contributions are well recognized in the scientific community. He has been honored with the Louis Jeantet Prize for Medicine (2005), the Newcomb Cleveland Prize of the American Association for the Advancement of Science (2011), the Gruber Foundation Genetics Prize (2013), the Breakthrough Prize in Life Sciences (2015), the Princess of Asturias Award for Technical and Scientific Research (2018), the Wiley Prize in Biomedical Sciences (2019), the Japan Prize (2020), and dozens of other awards. He is a member of the Royal Swedish Academy of Sciences, a foreign member of the U.S. National Academy of Sciences and of the American Academy of Arts and Sciences, an honorary professor at the University of Leipzig, and an honorary research fellow at London’s Natural History Museum.

Pääbo and his wife, the American geneticist Linda Vigilant, have two young children.